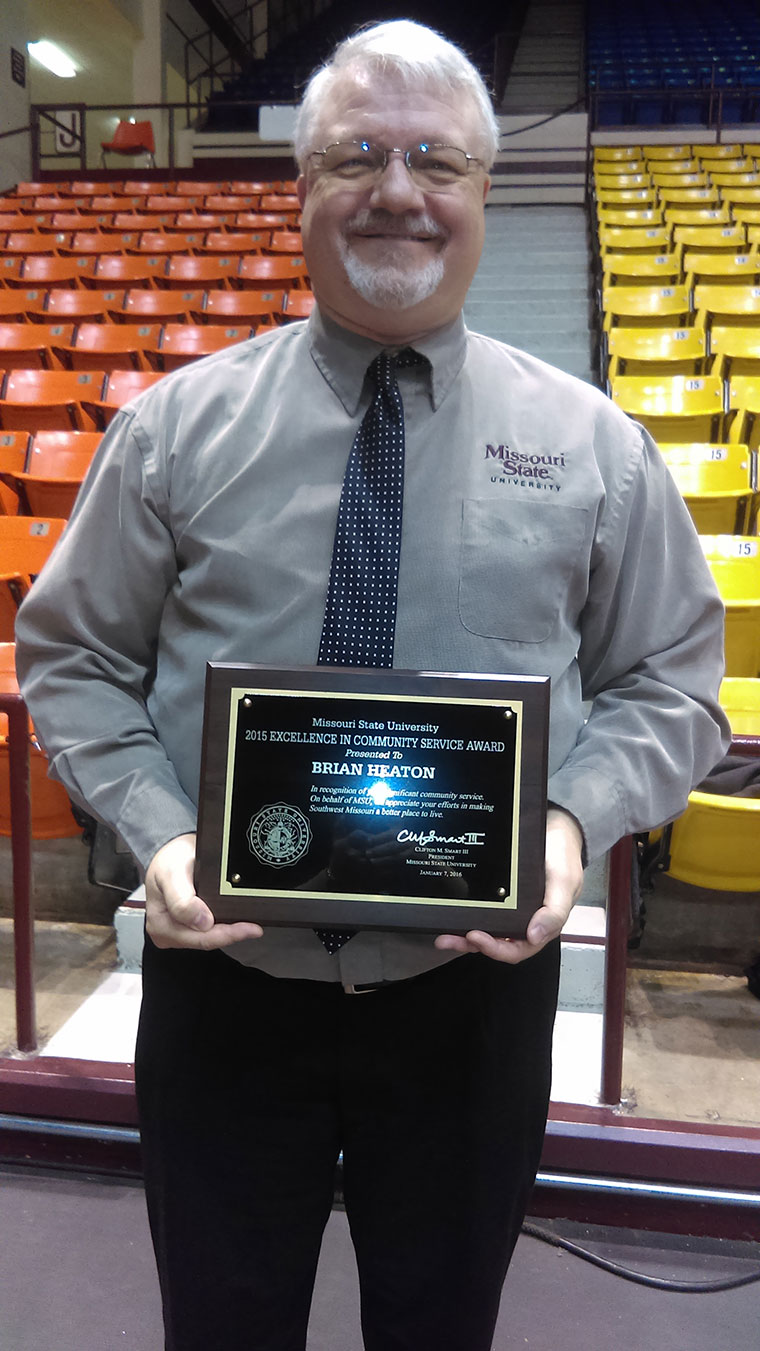 Brian Heaton finds happiness in serving his neighbors and those he will never meet. What began as a casual occurrence has developed into a passion for providing the “gift of life” through the Community Blood Center of the Ozarks.

After donating whole blood, Brian began donating platelets, which are used by patients going through cancer treatment, surgery or transplant procedures. Not everyone can tolerate the needle for this one and a half hour process, but Brian has undergone this type of donation more than 220 times. For 20 years he has averaged over 13 donation visits per year. In 2007 the Community Blood Center of the Ozarks inducted Brian into their “Donor Hall of Fame” and he has donated more than 75 gallons (600 units!) of blood products.

In addition, Brian serves as an official for collegiate, high school and club volleyball. During 24 years of volleyball officiating, he has worked in five NCAA D-1 conferences and at multiple state and national championships. Brian also provides volunteer mentorship of new officials and develops instructional training materials for new and continuing officials.

For these reasons we are proud to recognize Brian Heaton as a recipient of the 2016 Staff Excellence in Community Service Award.