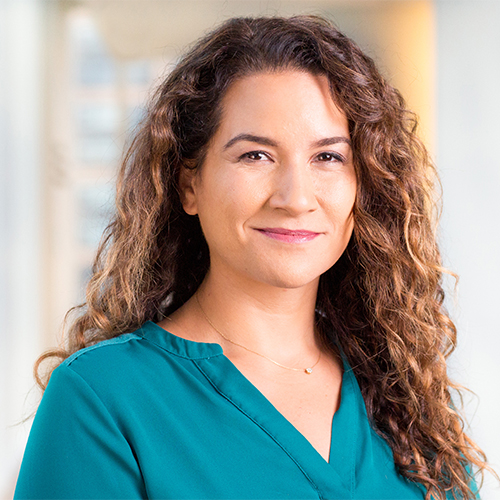 Leila Fadel is a host of Morning Edition, as well as NPR's morning news podcast Up First.

As a national correspondent, Fadel consistently reported on the fault lines of this divided nation. She flew to Minneapolis in the midst of the pandemic as the city erupted in grief and anger over the killing of George Floyd. She's reported on policing and race, on American Muslim communities and on the jarring inequities the coronavirus laid bare in the healthcare system. Her "Muslims in America: A New Generation" series, in collaboration with National Geographic, won the prestigious Goldziher Prize in 2019.

Previously, she was NPR's international correspondent based in Cairo and covered the wave of revolts in the Middle East and their aftermaths in Libya, Tunisia, Egypt, and beyond. Her stories brought listeners to the heart of a state-ordered massacre of pro-Muslim Brotherhood protesters in Cairo in 2013 when police shot into crowds of people to clear them and killed between 1,000 and 2,000 people. She told the tales of a coup in Egypt and what it is like for a country to go through a military overthrow of an elected government. She covered the fall of Mosul to ISIS in 2014 and documented the harrowing tales of the Yazidi women who were kidnapped and enslaved by the group. Her coverage also included stories of human smugglers in Egypt and the Syrian families desperate and willing to pay to risk their lives and cross a turbulent ocean for Europe.

She was awarded the Lowell Thomas Award from the Overseas Press Club for her coverage of the 2013 coup in Egypt and the toll it took on the country and Egyptian families. In 2017 she earned a Gracie award for the story of a single mother in Tunisia whose two eldest daughters were brainwashed and joined ISIS. The mother was fighting to make sure it didn't happen to her younger girls.

Before joining NPR, Fadel covered the Middle East for The Washington Post as the Cairo Bureau Chief. Prior to her position as Cairo Bureau Chief for the Post, she covered the Iraq war for nearly five years with Knight Ridder, McClatchy Newspapers, and later the Washington Post. Her foreign coverage of the devastating human toll of the Iraq war earned her the George. R. Polk award in 2007. In 2016 she was the Council on Foreign Relations Edward R. Murrow fellow.

Fadel is a Lebanese-American journalist who speaks conversational Arabic and was raised in Saudi Arabia and Lebanon.