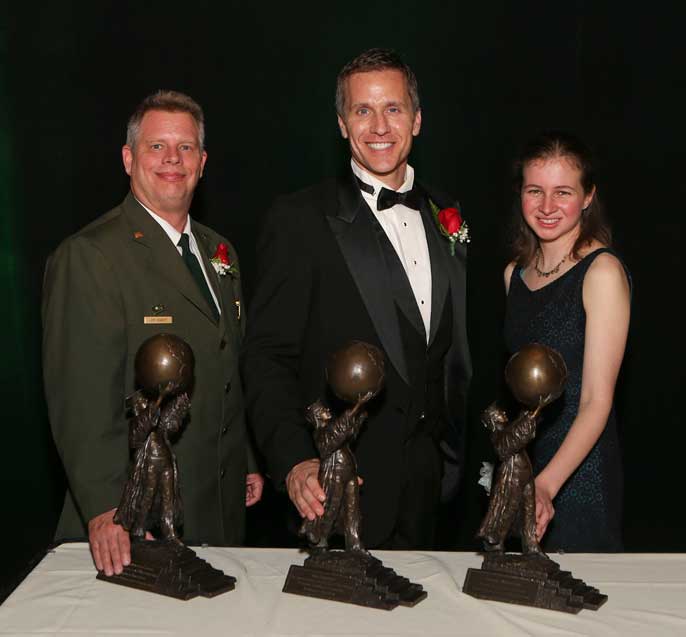 The 2015 Missouri Public Affairs Hall of Fame dinner and induction ceremony took place on April 17 at the White River Conference Center in Springfield, Missouri. The event recognized the second inductees into the Hall of Fame: George Washington Carver, Simone Bernstein and Eric Greitens.

Bernstein and Greitens attended the ceremony. Jim Heaney, superintendent of the George Washington Carver National Monument, accepted the award on behalf of Carver.

Missouri Governor Jay Nixon congratulated the honorees and thanked them for their service.

The first inductee into the Missouri Public Affairs Hall of Fame was George Washington Carver.

Carver is widely known today for his work with peanuts, which began about 1903, and was aimed at freeing African American farmers and the South from king cotton. He came to public attention in 1921 with his captivating testimony before a U.S. Congress House committee debating a peanut tariff bill. His work and encyclopedic knowledge of plant properties impressed Thomas Edison and Henry Ford, who sought information from him on industrial uses of plants, including peanuts and soybeans.

Jim Heaney, superintendent of the George Washington Carver National Monument, accepted the award on behalf of Carver and delivered remarks to the audience.

The second inductee into the Missouri Public Affairs Hall of Fame was Eric Greitens.

Greitens was born and raised in Missouri. He earned scholarships to Duke University and the University of Oxford, where he earned a Ph.D. He has worked as a humanitarian volunteer, documentary photographer, and researcher in places like Rwanda, Cambodia, and Bolivia.  He also served as a United States Navy SEAL officer and deployed four times during the Global War on Terrorism. His military awards include the Purple Heart and the Bronze Star.

Greitens accepted the award and delivered remarks to the audience.

Bernstein is from St. Louis, Missouri. She graduated from St. Bonaventure University in May 2014 and is currently a Fulbright Student Scholar. She and her brother launched VolunTEEN Nation, a national youth-led non-profit organization. With more than 8,500 volunteer opportunities on VolunTEEN Nation, more than 83,500 youth have found volunteer opportunities through the site and service projects.

Bernstein accepted the award and delivered remarks to the audience. 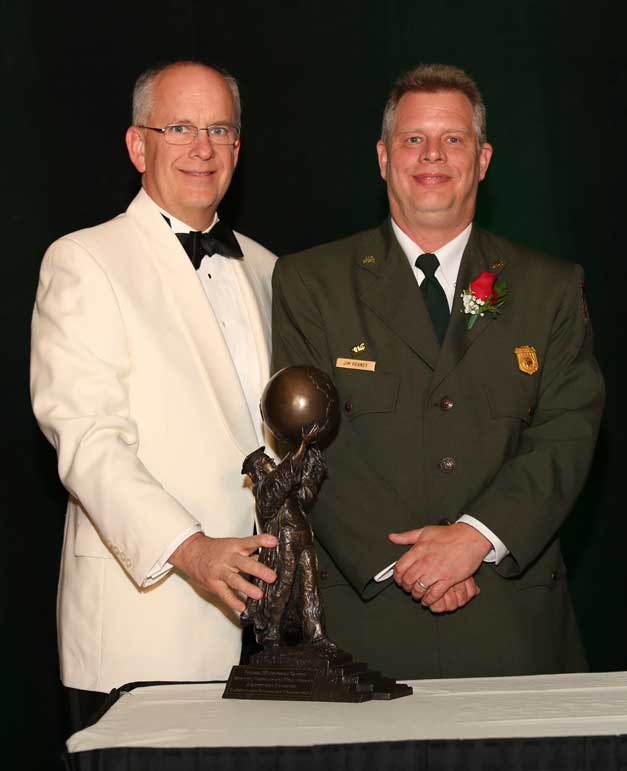 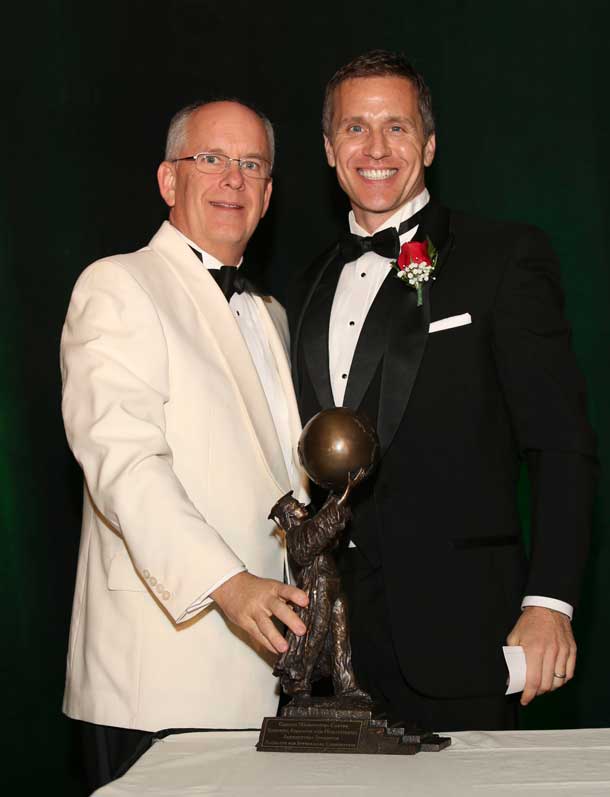 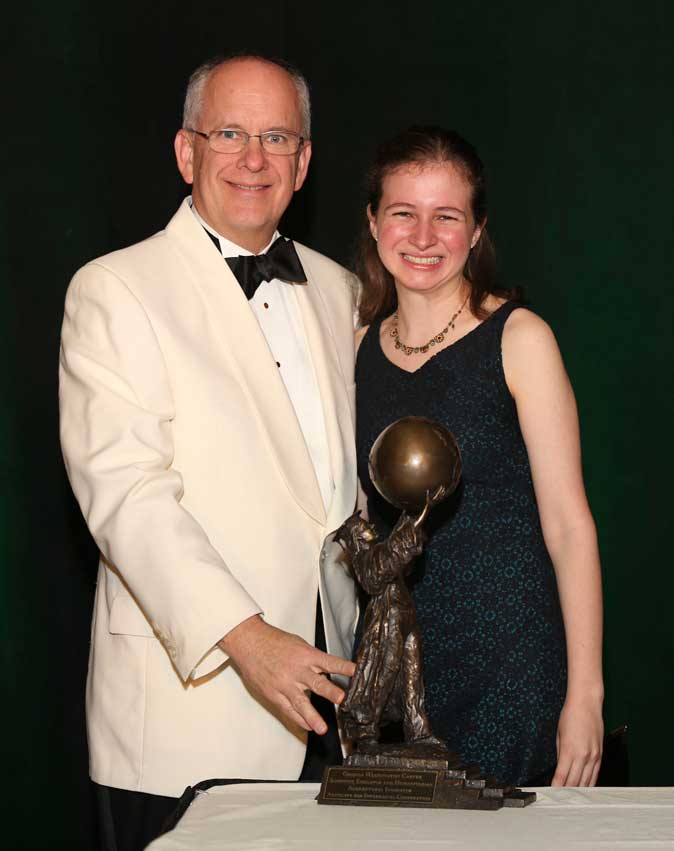