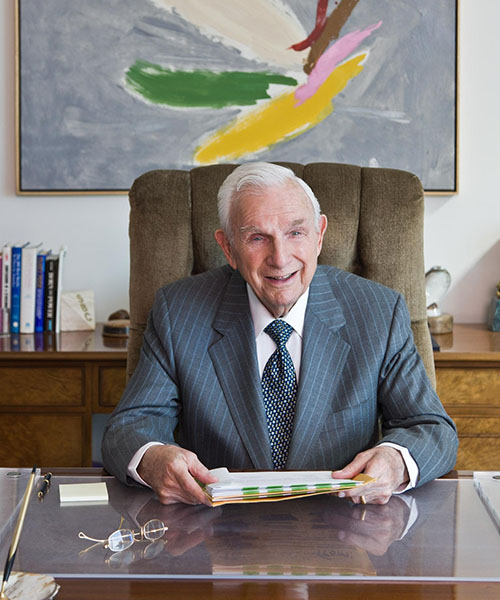 Henry Bloch will be inducted into the 2016 Missouri Public Affairs Hall of Fame.

Henry W. Bloch is the co-founder and honorary chairman of the board of H&R Block, Inc., which he and his brother, Richard, founded in 1955. Bloch is a businessman, civic leader and philanthropist who has worked to improve the quality of life in his hometown of Kansas City.

In 2011, Henry and his late wife, Marion, established the Marion and Henry Bloch Family Foundation to improve the quality of life in Greater Kansas City through thoughtful, innovative and responsible philanthropy.

After his retirement from H&R Block, Bloch has worked on his many philanthropic endeavors including the Henry W. Bloch School of Management at the University of Missouri – Kansas City, The Nelson-Atkins Museum of Art, Saint Luke’s Hospital, Marion and Henry Bloch Family Foundation and The H & R Block Foundation.

Among many achievements, Bloch has been recognized with the Lifetime Achievement Award from the Missouri Arts Council, Distinguished Friend of Education Award from the Council for Advancement and Support of Education and as International Entrepreneur of the Year from UMKC.