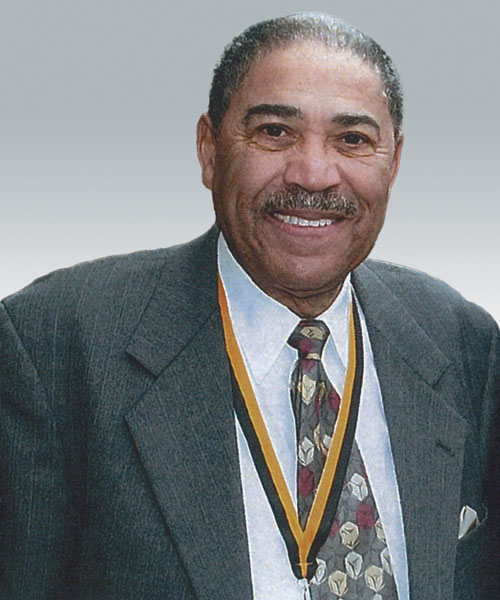 Bill Clay Sr. will be inducted into the 2019 Missouri Public Affairs Hall of Fame.

William (Bill) Clay Sr.’s life of service centered on providing a helping hand to those who need it the most.

Clay started as a civil rights activist and labor union representative in St. Louis and promoted bills that helped minorities and U.S. workers.

Clay promoted the Family and Medical Leave Act, which mandated that companies with at least 50 workers offer up to 12 weeks of unpaid leave for employees to care for a newborn or attend a family medical emergency.

Meanwhile, Clay worked for almost 20 years to revise the Hatch Act of 1939. President Bill Clinton signed the bill into law at a White House ceremony in 1993. It allowed government employees to publicly endorse candidates and organize political fundraisers, among other actions.

Clay was a member of the Education and Labor Committee. He oversaw bills that raised the federal minimum wage. He also:

“If America is to be prosperous and stay competitive, we must continue to improve educational opportunities for students of all ages,” he said.

Clay was one of 13 founding members of the Congressional Black Caucus, which provided a formal network for black members to focus on legislative issues that affected black citizens. That group also advocated for civil rights issues overseas.

Clay retired at the end of the 106th Congress (1999-2001). His district elected his son, William Lacy Clay Jr., to that seat. The Clays were the second black father-and-son duo to ever serve in Congress.