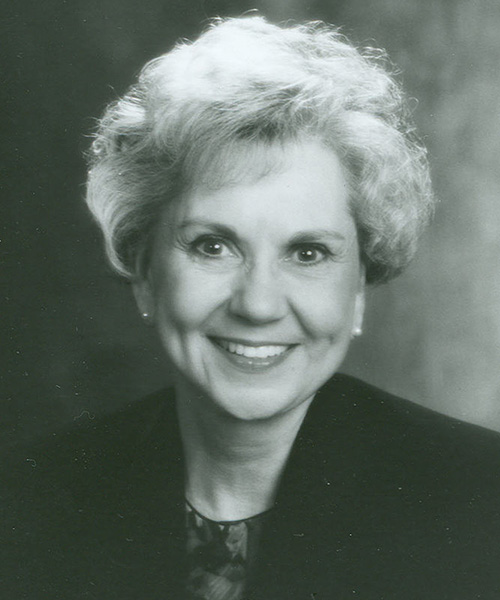 Pat Danner will be inducted into the 2016 Missouri Public Affairs Hall of Fame.

Pat Danner is known as a moderate, independent Democrat who served in the United States Congress from 1993-2001 and opted not to seek a fifth term due to health issues.

Danner became involved in politics during the 1970s. From 1970-72 she served as a member of the Macon County Central Committee and as vice-chairman of the 6th District Democratic Committee. In 1973 she became district assistant to Congressman Jerry Litton. In 1977, President Jimmy Carter appointed her to a sub-cabinet post as Federal Co-Chair of the Ozarks Regional Commission, the first woman to serve in that position. Danner served as a Missouri State Senator from 1983-93 when she was elected to Congress.

While much of her legislative work focused on the needs of her district, she was actively involved in a number of important pieces of legislation – most notably H R 2428 which addressed the needs of the hungry. In 1995, recognizing that many entities had ceased donating useable, but not saleable, foods to help feed the hungry – Danner introduced legislation to protect donors from civil or criminal liability, so long as the donations were made in good faith.

In 1996 Danner asked Missouri Congressman Bill Emerson to co-sponsor the bill. When Emerson passed away later that year, the Republican speaker told Danner that the House would pass the bill if she would change the name of her legislation to the Bill Emerson Good Samaritan Food Donation Act. After passage by both chambers of Congress – HR 2428 became the law of the land. Today, food pantries, churches and others are able to acquire and distribute food to the hungry because of this legislation.