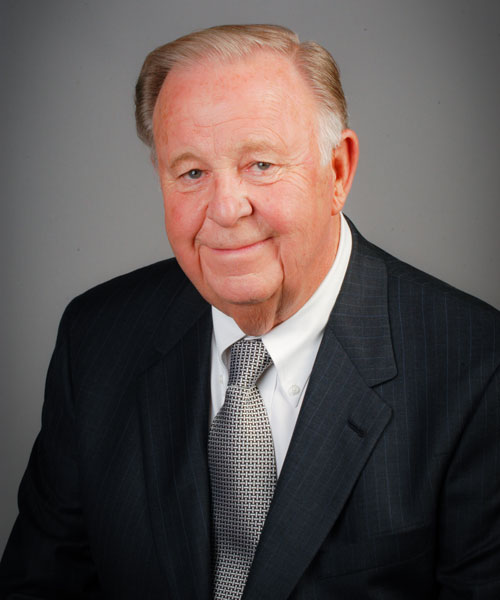 Bill Darr will be inducted into the 2019 Missouri Public Affairs Hall of Fame.

Born and raised on a livestock farm in Ellington, Missouri, agriculture has always been part of William (Bill) H. Darr’s life. His passion for the field, combined with his strong work ethic and entrepreneurial spirit, led him to achieve success in agribusiness.

Darr, who is a Korean War Army veteran, credits his start in agribusiness to the agriculture education he received in the 1950s at then-Southwest Missouri State Teacher's College (now Missouri State University). Over the years, he has continually given back to his alma mater, particularly the Darr College of Agriculture, aptly named after him.

Darr worked for Henningsen Foods, a dehydrated food company for 16 years. In 1974, his entrepreneurial spirit led him to Jackson, Mississippi, where he opened his first company, Pets and Such, with two partners. After nearly four years as the company’s president, he founded American Dehydrated Foods, Inc. (ADF) in 1978 and moved back to Springfield in 1979.

Darr has been called a humanitarian, philanthropist, child advocate and higher education champion, among others. He and his wife, Virginia, whom he married in 1988 40 years after they first met, dedicate their lives to making the communities they are a part of better. They have created many scholarships to help students pursue higher education, especially those from Ellington and those desiring to study at the Darr College of Agriculture.

They established the Darr Family Foundation in 2002 to continue Darr’s commitment of supporting people in need. To date, it has awarded more than $2.7 million in grant funding to local organizations serving at-risk children.

In 2018, the foundation allotted 60 percent of annual funding to an early childhood education and literacy initiative. The aim is to improve kindergarten readiness and literacy skills among Springfield children ages birth through third grade.

Darr credits early responsibility with farm chores, the education he received at Missouri State and his father’s teachings about the importance of helping neighbors and sharing what you have, with his success and willingness to invest in his community.