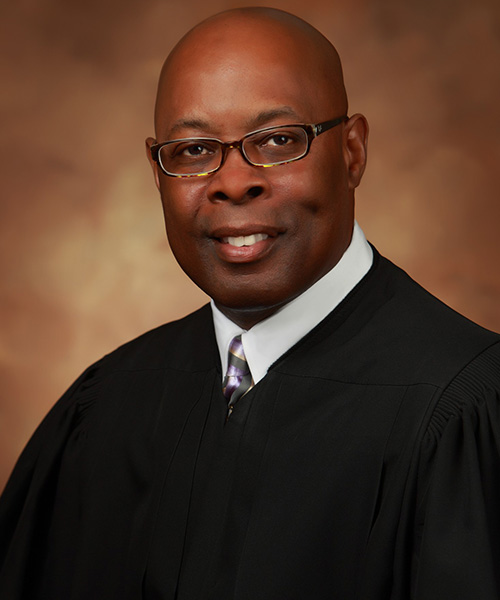 Jimmie Edwards will be inducted into the 2016 Missouri Public Affairs Hall of Fame.

Jimmie M. Edwards has served as a circuit court judge for the 22nd Circuit Court in Missouri, serving St. Louis, since 1992. From 2007-12 Edwards was also the administrative judge of the Family Court and Chief Juvenile Court Judge.

After recognizing that his hometown of St. Louis was suffering from a large number of juvenile offenders dropping out of school and becoming lifelong criminals, Edwards resolved to attack the problem himself. He secured partners, cut through bureaucracy and opened the Innovative Concept Academy in 2009, the first school in America supervised by a judge and dedicated to the education of juvenile delinquents.

Edwards graduated from Saint Louis University in 1978 with an undergraduate degree followed by a law degree in 1982. He has presided over more than 500 jury trials and has handled important state litigation, including the Missouri Tobacco case. He has also served as a Special Missouri Supreme Court judge and is an adjunct professor at Webster University and Saint Louis University.

Edwards is an international speaker and has been featured in several national public documentaries including "Education Under Arrest" and "Blood Brothers."

People Magazine named Edwards its "Editor’s Choice National Hero" recipient in 2011, Ebony magazine selected him to its 2013 Power 100 Most Influential in America list and Chief Justice of the United States John Roberts presented him with the William H. Rehnquist Award for Judicial Excellence – one of the nation’s highest judicial awards.