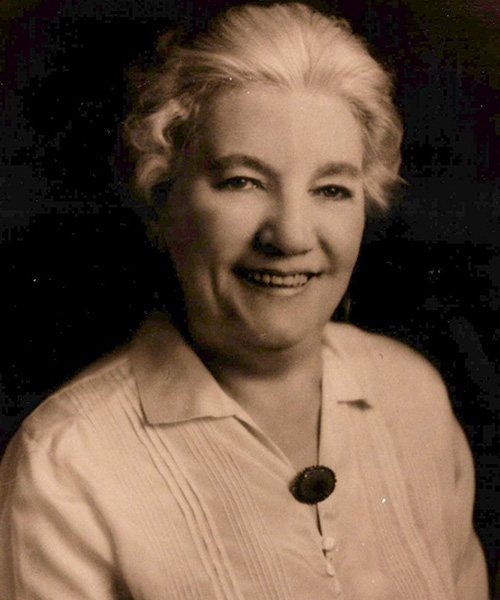 Laura Ingalls Wilder will be inducted into the 2016 Missouri Public Affairs Hall of Fame.

Born in 1867 in Wisconsin, Wilder began teaching at age 15 to help support her family. After three years of teaching, she married Almanzo Wilder and turned her attention to being a wife, mother and farmer. In 1894, Laura, Almanzo and daughter Rose moved to Mansfield, Missouri, where she lived until her death in 1957.

Wilder worked primarily on the farm until after World War I, when she became secretary-treasurer of the Mansfield Farm Loan Association, processing more than a million dollars in government loans. Wilder also wrote columns for the Missouri Ruralist, the St. Louis Star, McCalls Magazine and The Country Gentleman.

The Laura Ingalls Wilder Home and Historic Museum in Mansfield is home to the largest collection of Ingalls and Wilder memorabilia.