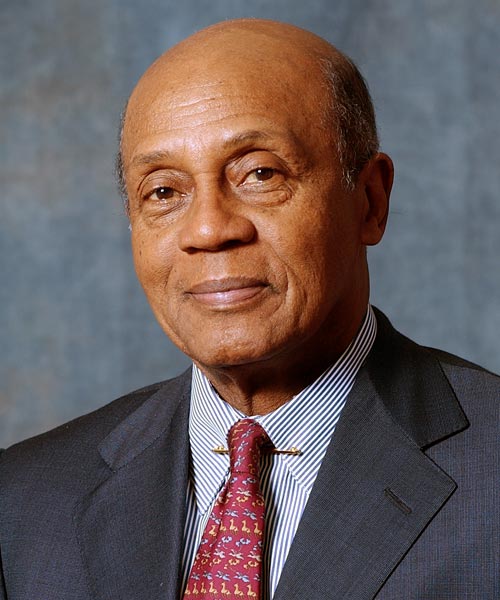 Donald M. Suggs was inducted into the 2014 Missouri Public Affairs Hall of Fame.

Donald M. Suggs graduated with bachelor’s and doctor of dental surgery degrees from Indiana University, completing his post-graduate work at Washington University Dental School and Homer G. Phillips Hospital. He served as chief of oral surgery at Dover Air Force Base in Delaware and was the first African-American to serve as an associate clinical professor at St. Louis University Dental School.

Active in the civil rights movement in the 60s and 70s, he served as chairman of the Poor People’s March-On-Washington in 1968. Later, he became founder and chairman of the African Continuum, organized to bring serious non-commercial African-American artistic endeavors to St. Louis.

Suggs currently serves on the St. Louis Art Museum Board of Commissioners and its Collections Committee. He was the first African-American to serve as president of the Convention and Visitors Bureau of St. Louis.

He is publisher and executive editor of the St. Louis American Newspaper, Missouri’s largest weekly newspaper.