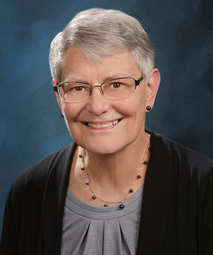 Dr. Patricia Dix will be inducted into the 2021 Missouri Public Affairs Hall of Fame.

An obstetrician-gynecologist at CoxHealth, Dr. Patricia Dix has advanced the field of maternal-fetal medicine for more than three decades. She has dedicated her life to caring for mothers with high-risk pregnancies.

Born and raised in Chicago, Illinois, Dix’s interest in medicine began in high school when she volunteered as a candy striper in a hospital. She decided to become a doctor and pursued her goal with passion and determination. She had to overcome several obstacles along the way, such as being unwelcomed at medical school and her surgical residency because she was a woman.

When Dix realized a career in the operating room was not for her, she switched to a residency in obstetrics-gynecology. She knew immediately that she could excel as an OB-GYN as she especially enjoyed taking care of pregnant women. The sub-specialty of maternal-fetal medicine, which was new at that time, intrigued her, so she pursued a fellowship in this area in 1981.

In 1988, Dix moved to Springfield to open a maternal-fetal medicine practice for the Ozarks at CoxHealth. Today, the premier Regional Perinatal Center serves mothers across southwest Missouri and northwest Arkansas, and delivers 4,000-plus newborns a year. Thousands of mothers and their children in the Ozarks are alive and well today because of the excellent care provided by Dix and her talented staff during the past 33 years.

Since 1996, Dix has served as a voting member on the CoxHealth Board of Directors, offering valuable feedback and direction during times of growth and crisis. Her commitment to helping women in need in the community is evident in her volunteer work, where she provides gynecological care for uninsured patients.

For her dedication and contributions, the Springfield Business Journal honored Dix as one of its 2017 Most Influential Women. She also received the Missourian of the Year Award in 2009.