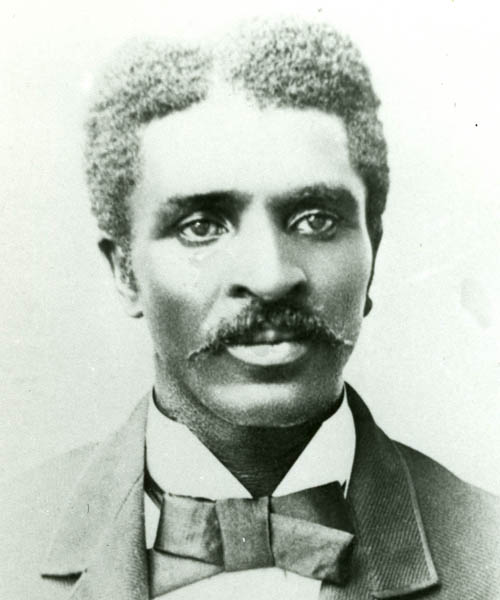 George Washington Carver was inducted into the 2015 Missouri Public Affairs Hall of Fame.

George Washington Carver mastered chemistry, botany, mycology (study of fungi), music, herbalism, art, cooking and massage. His life began in slavery about 1864 in Diamond Grove, Missouri. Finding himself rejected from college due to his race, he tried his hand at homesteading in Kansas. Finally, in 1890 he was accepted as an art major at Simpson College in Iowa, where he was the only African American. Within a year, Carver transferred to Iowa State Agricultural College (today’s Iowa State University) to pursue agriculture.

His peanut work, beginning about 1903, was aimed at freeing African American farmers and the South from the tyranny of king cotton. With innovative farming methods, he convinced Southern farmers to grow such soil-enriching crops as soybeans and peanuts, in addition to cotton. At the heart of his vision for an economically rejuvenated South was his teaching that nature produced no waste.

Carver came to public attention in 1921 with his captivating testimony before a U.S. Congress House committee debating a peanut tariff bill. His work and encyclopedic knowledge of plant properties impressed Thomas Edison and Henry Ford, who sought information from him on industrial uses of plants, including peanuts and soybeans. Carver died at Tuskegee on Jan. 5, 1943. That July, Congress designated George Washington Carver National Monument as the first National Park to honor an African American scientist, educator and humanitarian.