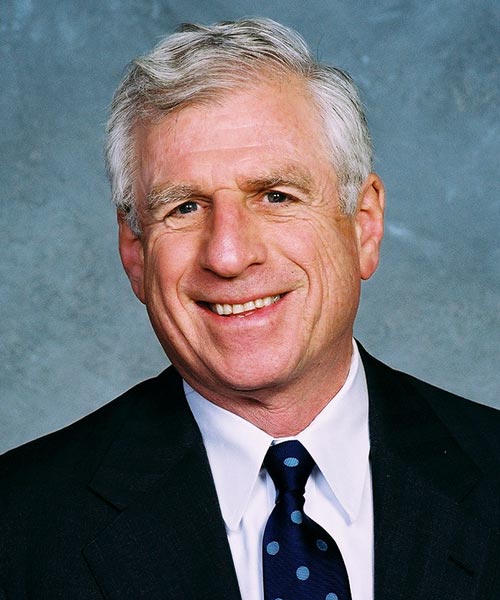 John C. Danforth was inducted into the 2014 Missouri Public Affairs Hall of Fame.

In 2004, Danforth represented the United States as U.S. Ambassador to the United Nations where he focused on ending the North/South civil war in Sudan, a 20-year conflict that killed two million people and displaced five million others. President Bush appointed Danforth as Special Envoy to Sudan in 2001. A peace agreement between the two sides was ultimately signed in Nairobi, Kenya on Jan. 9, 2005.

Danforth represented the State of Missouri in the United States Senate for 18 years. Prior to his retirement from the Senate at the end of 1994, Danforth served on three key committees: the Committee on Finance; Committee on Commerce, Science and Transportation; and the Select Committee on Intelligence. His major legislative initiatives were in the areas of international trade, telecommunications, health care, research and development, transportation and civil rights.

From 1997-2011, Danforth was chairman of the Danforth Foundation, a philanthropic organization focused on strengthening the St. Louis metropolitan area. Additionally, Danforth serves on the boards of Cerner Corporation and Greenhill and Co.

Danforth has authored two books: "Resurrection" and "Faith and Politics." He began his political career in 1968, when he was elected attorney general of Missouri, his first race for public office. He was re-elected to the post in 1972. He was elected to the U.S. Senate in 1976 and re-elected in 1982 and 1988.