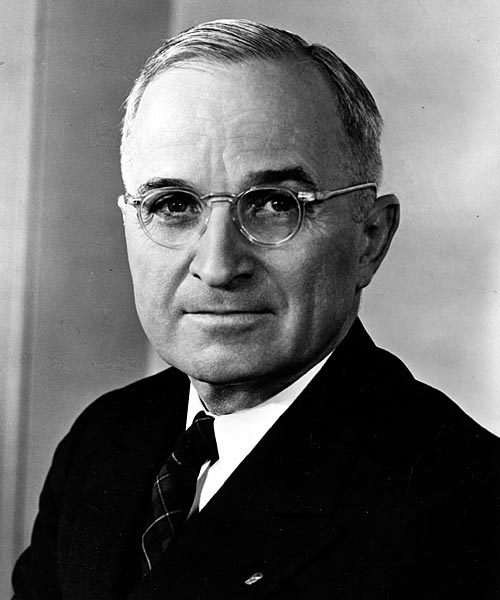 Harry S. Truman was inducted into the 2014 Missouri Public Affairs Hall of Fame.

Harry S. Truman was born in Lamar in 1884 and grew up in Independence. In 1944, Truman was chosen to be President Roosevelt’s running mate, but served as vice president for only a brief period when Roosevelt died on April 12, 1945. President Truman’s years in the White House ended January 1953 when he returned to Independence.

As president, Truman made some of the crucial decisions in recent American history. After Japan rejected pleas by the Allies to surrender, atomic bombs were dropped on Hiroshima and Nagasaki, and shortly thereafter, Japan surrendered and World War II ended.

In June 1945, Truman oversaw the signing of the charter of the United Nations to establish a framework for future peacekeeping efforts. When the military forces of communist North Korea attacked South Korea in 1950, Truman ordered American troops to defend South Korea and its infant democracy. He orchestrated efforts at the United Nations to support a multi-national force to preserve South Korea’s independence, while avoiding a major conflict with China.

In addition to his extensive public record, after he left the White House he supported a "good neighbor policy" to bring peace and understanding to all peoples of the world by improving educational opportunities.