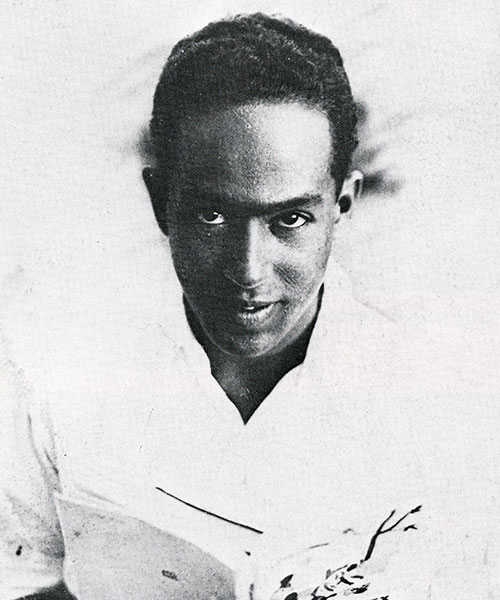 Langston Hughes will be inducted into the 2017 Missouri Public Affairs Hall of Fame.

James Langston Hughes was born in Joplin on Feb. 1, 1902, when rigid racial restrictions dominated Missouri. Although he did not live there for long, he was always proud of his connection to the state, and his link to Missouri ran deep into history. His rich career should be seen as his calculated response to the challenges of this history, but by the time of his death he clearly had made peace with the state.

Elected a trustee of the Missouri Society of New York in 1963, he was proud to be part of a great literary tradition that includes Mark Twain, T.S. Eliot and Hughes’s good friend the poet Marianne Moore.

Beginning in 1915, Hughes embarked upon a remarkably prolific career as a writer of poetry, fiction, drama, libretto, journalism, screenplays and more. His success made him the first African-American to make his living solely as a writer. Until his death in 1967, Langston Hughes was arguably the premier poet of the black American experience, the most versatile of black writers, and one of the finest authors in American literature.

Widespread academic attention to him began, fittingly, at a conference in 1983 organized in Joplin at Missouri Southern University, when Joplin reclaimed and celebrated him as a favorite son.

Discover more about Langston's life, career and philanthropic work in an essay by Arnold Rampersad.