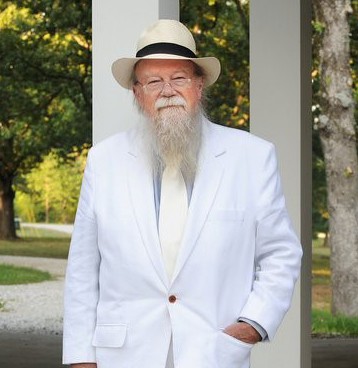 Dr. Michael N. Compton was born in 1948 in Springfield, Missouri. He attended school at Missouri State University and served as Student Body President during his tenure. During his time at MSU he was an influential member of Sigma Pi Fraternity and remained an active brother. Throughout his life he traveled the world serving as a missionary for an organization he founded and was extremely passionate about animals. He worked tirelessly for their humane treatment and rescue.

Pursuing one of his life’s passions of “helping good young men become better young men,” Dr. Compton served as an alum in residence helping Sigma Pi re-charter at MSU during the fall of 2012. He was founder of the nonprofit organization, IDEAL-Institute for Development of Ethics And Leadership. He was committed to having IDEAL support the MSU public affairs mission and envisioned an essay contest as one of the vehicles for achieving that support. Having passed in November of 2014, his legacy lives on through his family, friends, and fellow brothers of the Alpha- Rho Chapter.