The United Nations works toward collaboration and mobilization despite conflict within its almost 200 country members.  Student members of MSU’s Model UN will present and facilitate discussion on the United Nations and its role in unifying the international community.

Sponsored by the Model U.N. Student Group and the Political Science Department.

Why is the Model United Nations Important?

Model United Nations is an educational simulation and/or academic activity in which students can learn about diplomacy, international relations and the United Nations.  The Model UN motivates students to learn, and teaches them about world issues. It is a way to become an active, more concerned global citizen, while in this era of globalization, being globally aware is more important than ever. Furthermore Model UN builds confidence and leadership and diplomatic skills . MUN is an exercise in research, public speaking, and teamwork. 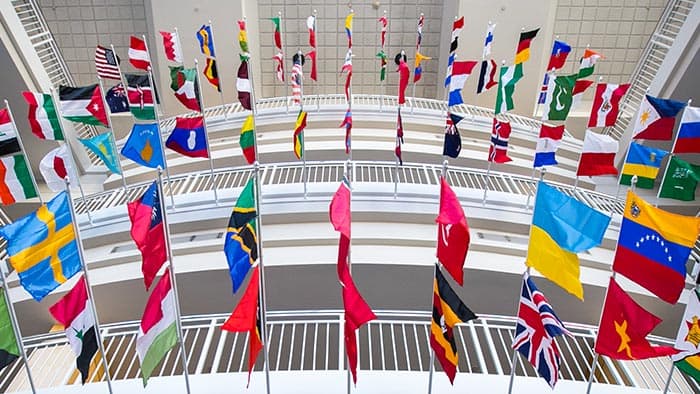