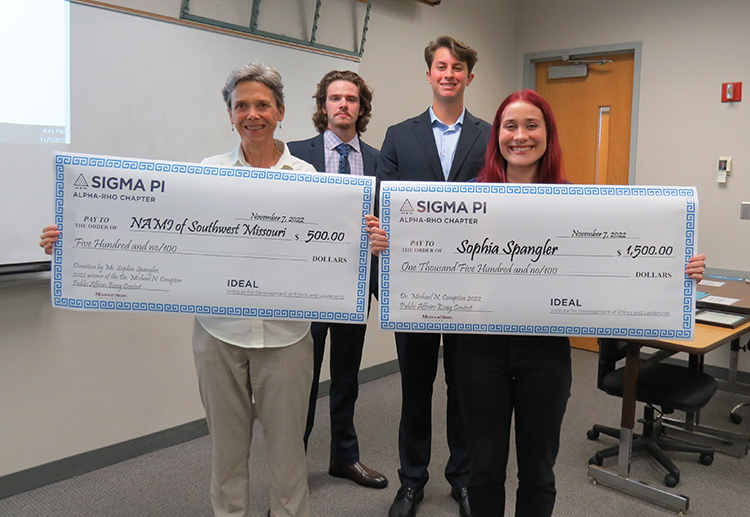 I am a Springfield native seeking a Bachelor of Arts in Philosophy with a minor in Sociology and have a particular interest in literature.  My essay (743 words) addresses the subject of beauty and inclusivity; specifically, it names lessons we can take from theater and mystical realism to transform words into action and instigate social change.  Should I win the contest, I would choose the National Alliance on Mental Illness (NAMI) to receive the donation.

Personal narratives and storytelling have long been methods through which social change is instigated and operates.  Uncle Tom’s Cabin by Harriet Beecher Stowe, The Jungle by Upton Sinclair, and Beloved by Toni Morrison, to name only a few, have all left their mark on history by changing how society views inequality and injustice.  In this way, words are inseparable from social change.  It is through the exchange of lived experiences that we come to know the struggles of others and why social change is needed.  However, words can leave one rudderless, feeling empty and insignificant, wondering how it is one can transform the deep angst felt after seeing A Raisin in the Sun into meaningful action.  In this essay, I will argue that a mystical realist approach to social change can help transform lessons from the arts into activism.  I will use the phenomenon of political theater to illustrate how the socially conscious individual may transmute the beauty of the arts into political action.

Where else is social change most necessary and dangerous than in autocratic regimes?  We may learn from the activists in these areas, who have preserved themselves and raised consciousness through ingenious strategies.  Political theater—absurd public displays that are oftentimes humorous—is one such strategy.  Political scientists Erica Chenoweth and Maria J. Stephan have found that nonviolent civil resistance is more than twice as likely to be partially or fully successful than violent resistance.[1]  Action for social change, then, must not be forceful and indeed is more successful when it is not.  They attribute this to the participation advantage nonviolent resistance has; it encourages people to be a part of the revolution by offering ways to become involved.[2]  Chenoweth and Stephan include methods such as non-compliance, like staying home from work, and political theater.

In an interview, Chenoweth offers her favorite example of political theater.  This comes from an independence movement in Morocco, where the flying of the independence movement’s flag was outlawed.  Organizers arranged an illegal flag flying protest and announced ahead of time the details to ensure the riot police would be there.  When the authorities arrived, they found the square filled with stray cats that had the independence flag tied to their tails.  They spent hours chasing the cats through narrow and crowded city streets, creating a ridiculous spectacle.[3]

The Serbian movement Otpor became famous for this sort of political theater in their efforts to overthrow the dictator Slobodan Milosevic.  Otpor utilized a strategy Chenoweth and Stephan call “dilemma action” in many of their demonstrations.  The logic behind dilemma action is that one creates a situation in which the opposing side had no good option.[4]  Srdja Popovic, an Otpor organizer, describes one such demonstration in his TED Talk, “How to topple a dictator.”  They placed an oil drum with a portrait of Milosevic outside a popular theater, with a sign that encouraged people to toss a dinar into the barrel and hit the portrait with a bat.  It was a success and people lined up for blocks to participate.  When the police arrived, Popovic and his fellow activists sat in a distant café, watching as the authorities wheeled the beaten barrel away in a humiliating display.[5]

It may seem unclear how this sort of resistance translates to democracies, where the social change we mobilize for is not the toppling of a dictator, but the toppling of systems of stratification.  However, I think there is much to be learned from people like Popovic.  To take a theatrical approach to serious social issues is to recognize their weight and draw attention to them with absurdity and humor.  It encourages participation by creating a mystical realist display—a reality that is twisted and outlandish but delightful—that the masses want to be a part of.  Political theater is both an effective means for social change, as Chenoweth and Stephan found, and a way to mobilize people who would otherwise be removed from activism.  Speeches and stories are an integral part of social movements; however, they are not enough.  The arts, theater in particular, are not only a means of cultivating beauty but cultivating action for change and inclusivity in our social movements.